Founder’s Corner: A Talk on Cloud Innovation and Culture

« Back to DevOps Blog

AWS CloudFormation in a Nutshell Cloud computing has fundamentally altered our perceptions of IT infrastructure. Long gone are the days in the times of racking and stacking, where you would provision infrastructure by putting servers on metal racks, install OS on physical boxes, load ISO’s and install tons of libraries and dependencies using remote administration consoles hoping it all works after waiting several days or months. That still kind of happens in the backend, but you don’t have to worry about it too much now, thanks to cloud computing.

Furthermore, the adoption of cloud computing isn’t slowing down any time soon, in fact, things have moved fast since then. We switch over from a lot of racking and stacking to a lot of typing and commenting, treating it like a code. Yes! you heard it right, coding an infrastructure or often known as Infrastructure as Code.

Can you figure out what kind of cloud formation you’re looking at? You guessed it right! It is a cumulonimbus cloud but that’s only an analogy, we are not going to talk about it right now (maybe we can over beer) but today we are going to talk about AWS CloudFormation.

AWS CloudFormation is an example of the Infrastructure as Code (IaC) service of AWS where you write code in a text file in JSON/YAML format to deploy and manage a particular resource or infrastructure in AWS cloud environment. CloudFormation helps you with your resource modeling by specifying them in a template that can be deployed as an AWS stack. You can go from creating resources from the console to automating complicated architecture on-demand with CloudFormation.

The benefits of using CloudFormation

CloudFormation has a number of advantages, including:

To understand how CloudFormation works, we need to be aware of these three concepts.

Let’s define each one.

A template is a declarative YAML or JSON file that defines your resources. This serves as a blueprint for your infrastructure. You write a blueprint document with all the resources you want AWS to produce, run a command, and AWS magically creates everything.

The sample.yaml below shows an example of a template file that creates an EC2 instance and attached an EC2 Security Group that allows both port 80 and 443 access to the instance. When you deploy a template like the one we used earlier, it creates both Security Group and EC2 resources as a stack. Because these resources were built as a single entity, any changes or deletions to them will be reflected in the stack.

As long as there are no naming conflicts, you can utilize a single template to construct as many stacks as you want.

When a stack has to be updated, all you have to do is perform an update on the stack and AWS will take care of the rest. ChangeSet goes a step further by allowing you to preview the effects of the changes you’re making before they’re implemented. This would be the counterpart of the terraform plan in the Terraform world.

From this short guide, you will learn how to deploy AWS CloudFormation templates and use Infrastructure as Code to provision your infrastructure resources.

This example assumes you have an AWS account, networking setup, access keys, and AWS CLI installed. Screenshots were intentionally used for you to retype the template manually for better retention.

To deploy a stack, run:

After running this command, you should see an output that looks like this:

If there are no errors with the deployment, you should see the stack creation as complete in the AWS console.

Let’s imagine you wish to change the instance type used in the stack. Simply remove t2.nano and replace it with t2.micro in the template sample.yaml. We can then use the update-stack API function to deploy that change. This is also a good moment to assess the impact of our changes with an AWS CloudFormation changeset.

In the AWS console we can see the changeset we just created:

If you click on the changeset name, you should be able to see what will happen if you apply it. The one for sample-changeSet is shown in the image below:

We can run the following commands to apply the changeset:

In the AWS console, we can see the changes being applied.

To delete the stack, you can run the delete-stack API action. In the demo example, run:

In the console, you can see the stack being deleted.

For more information on how Apper can be your partner in innovation, you can check out our services and other DevOps resources here. 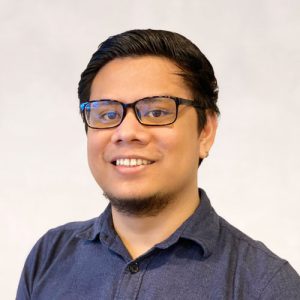 Founder’s Corner: A Talk on Cloud Innovation and Culture

The Silver Bullet: How The Cloud Solves Complex Tech Issues (And How It Doesn’t)