Startup Stories and Innovations on the Cloud Are you planning to launch your startup or product? Perhaps you might have of the cloud from the media and various channels on the internet. While it may seem that the cloud is a new technology, the cloud has been there for quite some time. Amazon Web Services launched the Elastic Compute Cloud or Amazon EC2 way back in 2006. It was more than fourteen years ago!
My career practically grew with the cloud. In this article, I will share key insights I learned on how I stumbled upon cloud computing (and AWS), how I saw its potential early on, and how I applied its potential to build innovations.

The Start and Growth of the Cloud Journey

I started hearing about cloud services in one of the Philippine Ruby Users Group (PhRUG) meetups in the late 2000s. People were talking about the concept of uploading files in object storage called S3. Unlike most Virtual Private Servers (VPS) and shared file services back then, this new object storage groups data into “buckets,” which supports an unlimited number of data and pay-as-you-go. The features are cutting edge and unheard of during that time. I searched for more information about Amazon S3 and tried signing up for an account. But unfortunately, I don’t have a credit card back then, so I couldn’t complete my account signup.

A couple of years later, in 2010, I became a software engineer for a video streaming called Viki.com. We were using a PaaS (Platform-as-a-Service) service called Heroku to host our backend services. Heroku provided many advantages to accelerate software deployments, increase service availability, and provide push-button scalability.

Unfortunately, one incident involving a hurricane in the US east took down the AWS region that hosts Heroku. The incident resulted in almost eight hours of downtime. While PaaS services abstract a lot of the heavy lifting in managing backend infrastructure, it also removes control and flexibility, preventing disaster recovery. Viki eventually decided to work directly with AWS services like Amazon EC2, Amazon S3, and Amazon CloudFront.

In the mid-2010s, I decided to join a company called Voyager Innovations, the digital unit of PLDT and Smart Communications. I was assigned to work on this new payment gateway platform project for PayMaya – the company’s FinTech brand. I was fortunate to have been allowed to lead, architect, and build the payment gateway platform. I recognized that to fast-track the development of the payment services, AWS cloud services for scalability and security need to be used. I was successful with building the platform; it eventually grew to become one of the trusted and preferred payment gateways in the Philippines.

When I started my cloud journey, everything is so intuitive and straightforward. I vividly remember that the AWS Management Console only contains a few services, and any developer can practically log in and provision cloud resources.

When I started my cloud journey, everything is so intuitive and straightforward. I vividly remember that the AWS Management Console only contains a few services, and any developer can practically log in and provision cloud resources.

I was an engineering director for a Philippine startup in 2013 when I realized that learning how to use the core services of AWS like EC2, S3, and VPC is no longer enough. I looked for ways to upskill myself and my team. I eventually ended up stumbling to the AWS Certified Solutions Architect – Associate certification exam. I took the exam the following year and passed it. I enjoyed learning AWS in a more profound manner which inspired me to continue my cloud journey.

Fast forward to 2021, AWS has more than 200 cloud services. The only way to learn how to effectively design, architecture, and build applications on the cloud is to go through the certification paths. The certifications tracks provide a guided journey on how to start, master, and specialize cloud computing.

Where to go from here

Cloud computing proved itself to be the go-to technology platform of choice for innovations. Whether you are building a new app, platform, or service, cloud computing platforms provide all of the necessary services to support your innovation. 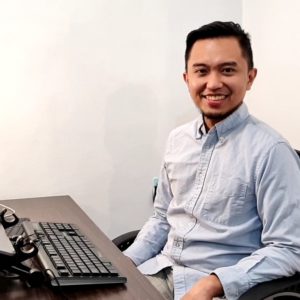 Diwa is the Co-Founder, President, and Principal Cloud Architect of Apper.ph. He has lead, built, and architected platforms on the cloud in his fifteen years of experience in the IT industry. He is AWS Certified (12x), GCP Certified, and holds a CISSP®. 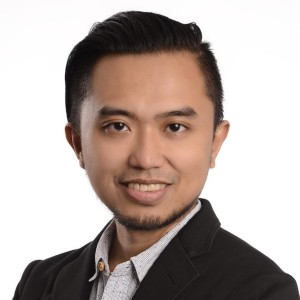